The Executive Director (ED) assists the Board of Directors of Durham Central Park, Inc. (DCP) in carrying out its mission of creating a unique, 5-acre urban park that offers a venue for a variety of cultural activities that engage the diverse Durham community in activities focusing on the arts, recreation, natural beauty and community building.

As key staff person for this dynamic non-profit organization, the ED is involved to some degree in every facet of operations and activities.  The ED works closely with an active Board, its Executive Committee and other project-oriented committees to achieve organizational goals. Although the board and hired staff might help accomplish some of the duties described below, the ED is responsible for getting the job done.  The ED reports to the Board of Directors, with day-to-day supervision from the Board’s Executive Committee.

Prefer to have ED live in Durham and have personal knowledge of the Durham community, business experience as well as experience working with non-profits.

We are hoping to hire someone no later than May 15 and could do so earlier if need be.

Durham Central Park already packs in the crowds with its regular farmers’ markets and popular food truck rodeos, which pull in thousands.

Now there’s even more to do on this five acre patch of green space in the midst of downtown Durham. As I wrote last year, the nonprofit that manages the park and the activities there opened Mount Merrill, a play mound that features slides and boulders for kids to scramble around and play. A few weeks ago on a very cold day, I checked in with the park’s Tess Mangum Ocana for a quick tour.

Mount Merrill was built thanks to support from across the community. Donations came in – from simple $1 donations to $25,000 checks. An online fundraising campaign helped raise $25,000 toward the $200,000 goal. Park leaders celebrated its grand opening in December.

The play space is named after Merrill Davis, whose family owns the neighborhood nursery and garden store, Stone Brothers & Byrd. Davis, who was one of the park’s biggest supporters, died in a car accident in 2012. His 2009 wedding was one of the first in the park’s pavilion.

The play mound isn’t a traditional playground, really. It’s a mound with a path leading up to the top of the slides. Park goers can take the path or they can climb over boulders to get to the slides. There are two slides – a taller one and a shorter one. The wide path allows for wheelchairs to approach the top of either slide. The nonprofit is working to add tarps to shade the play mound and its metal slides from the sun. There’s also a climbing net for kids to try out.

The mound sits next to The Leaf, a structure that serves as a meeting space, performance space or resting spot at the park … or a spot for kids to play a little hide and seek or tag. And the large cardinal and turtle, popular for climbing on, are just a few steps away.

The mound is a great addition to a destination that already draws so many people. After shopping at the market or picking out your lunch or dinner at the food truck rodeo, families can stay a little bit longer while the kids climb and slide.

Ocana envisions kids transitioning from playing on the cardinal and turtle to Mount Merrill to the park’s skate park, which sits right up the hill, as they grow. Ocana said there are long-term plans to make upgrades to the skate park, including building another set of bathrooms there. Bathrooms, which are open during park events, already exist at the park pavilion.

“This adds more for kids to do,” Ocana said. “It makes Durham Central Park a destination.”

If you go, you’ll find street parking along Foster, Hunt, Rigsbee, Roney and Corporation streets. Visitors also can park at the Durham Centre Deck at 300 Morgan St., which is two blocks away.

Kroger’s new “Community Rewards” program is a way to turn your regular shopping (everything but stamps, lottery, etc.) into an instant donation to Durham Central Park. Sign up today at https://www.kroger.com/communityrewards and be sure to use your Rewards card when you shop. We are non-profit #92915. Thank you! 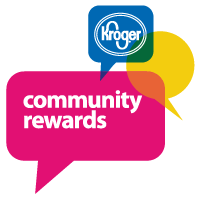 Have you seen our red cardinal logo on the new Durham Central Park Pavilion sign, the cardinals at the top of Mt. Merrill’s pole’s or the cardinal sculpture kids love to play on across the park’s bridge? Durham Central Park’s aptly-named annual fundraising campaign, the Cardinal Campaign, is in full swing. Our income sources are simple: 30% from rentals of the Pavilion, 40% from events like Meals from the Market and Food Truck Rodeos and 30% from the Cardinal Campaign. We receive no financial support from the City of Durham. Everything we do to improve and maintain the park comes from community support. Join the fun!!! It’s easy to give, and contributions are tax deductible: http://durhamcentralpark.org/donate/. Thank you. 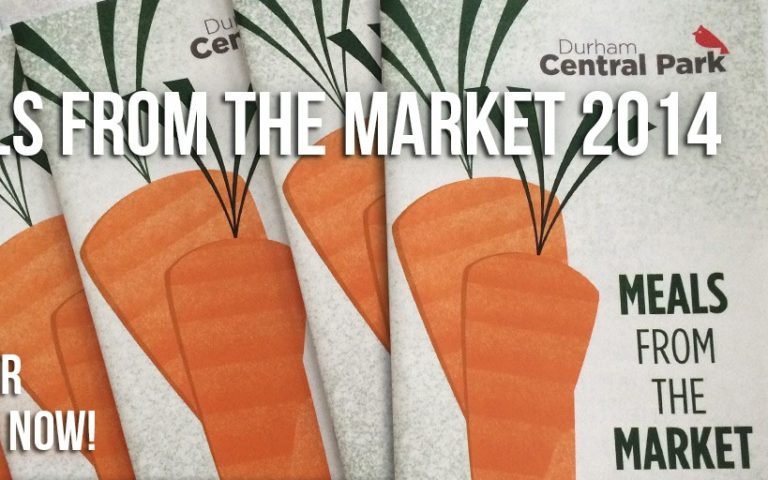 DCP Board Chair Lee Ann Tilley has some impressive final stats to share about this year’s Meals From The Market, which netted $3200 more than last year for Durham Central Park:

Dear friends and hosts, I want to share some of the numbers as we close out our Meals from the Market season:

1 only one had to cancel (not unusual)
2 enthusiastic couples hosted for the first time
5 meals successfully sold tickets priced at over $100
6 attended the most intimate wine tasting
7 restaurants made super generous donations
7 DCP board members hosted
9 invited guests into their private homes
17 food trucks donated their time and delicious fare
18 meals held, including 3 separate cooking classes
21 had a swim before their meal
28 pedaled on the NC Biker Bar
40 filled the upper dining room at Mateo Tapas
50 enjoyed singing at Urban Durham Realty
52 found a seat at Gocciolina
115 attended the Trucks from the Market
388 tickets sold in all
8,800 dollars collected from our business sponsors
$30,000 netted for the benefit of Durham Central Park!
We could not have done it without you!  I hope everyone had as much fun as our guests did.

We’d like to give a shout out to one of our local business partners, Fisher Graphic Arts. Mitch Fitcher does great signs, murals, custom framing, and has done lots of pro bono work for the Park. Where can you see his work? Forest Hills Neighborhood signs and the Durham Farmers’ Market sign, to name a few. Their showroom is in Old West Durham. www.fishergraphicarts.com.

Do you love our Food Truck Rodeos but crave something a little more intimate, with no long lines? Then give Trucks From The Market a try! It’s a private ticketed affair, (part of the Meals From The Market series) Sunday, September 28, where you sample food from 17 of the Triangle’s best food trucks. You can even SHARE your $50 ticket with a friend or two. http://durhamcentralpark.org/events/meals-from-the-market/meals-2014/ 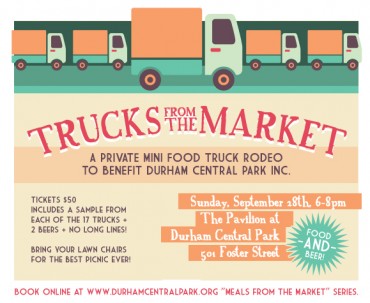 Grant writing is crucial to any non-profit, but Durham Central Park is especially pleased to announce Winter grant writing is turning into programming dollars! We have been award a Durham Arts Council 2014-15 Season Grant, which will specifically help ensure the Warehouse Blues Series, a beloved series of free Blues concerts, will continue in 2015!

The Durham Arts Council’s Season Grant Program provides access to quality arts experiences for the people of Durham by supporting the activities of arts organizations that provide a range of professional and amateur arts opportunities. Applications to the Season Grant Program are evaluated by a panel of community experts and evaluated on five major criteria: artistic quality, community impact, feasibility of project, stability and fiscal responsibility of organization and diversity of organization.

Durham Central Park’s Executive Director Ann Alexander says “we are proud to be partnering with DAC and couldn’t carry on the fine Warehouse Blues Series tradition without them.” 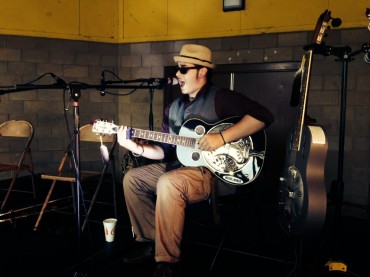 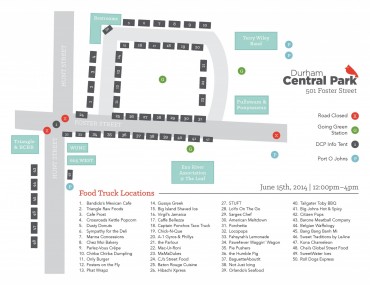 Food Truck map, so you can plot your course and choose from 50 local trucks. Limited number of hard copies will also be available Sunday at DCP welcome table. Need more info? https://www.facebook.com/events/490872007677447/

In less than two weeks, local individuals, businesses and families have pulled together, donating more than $10,000 to Durham Central Park’s $25,000 Mt. Merrill Kickstarter campaign. WRAL’s indispensable parenting blog, GoAskMom, is lending a hand to spread the word, as we approach the campaign’s crucial half way point: GoAskMom http://www.wral.com/kickstarter-campaign-raises-money-for-durham-playground/13629419/