Nineteen generous hosts invite you into their homes and businesses to enjoy farm-fresh food and raise money for DCP. Join the fun and support the Park by purchasing tickets for one—or several!—of our meals held between August 27th and October 26th. Take a look—there are meals for everyone.

Many meals sell out quickly, so make your selections early!

Reservations can be made online or by mailing a reservation check to:

Thanks again for supporting the non-profit that is developing and maintaining Durham Central Park!

The Bull City Bucket List Contest is a fun way to explore Durham and earn rewards. The more you experience, the greater the rewards.

The process is simple:

Get out there and experience Durham!

Tonight, Friday July 19th, the series continues with the Mudbones Blues Review.  There will be food trucks and sweets, as well as beer from Bull City Burger & Brew.

All concerts are from 5:30 to 7:30PM at the Pavilion in Durham Central Park.  Bring a chair or a blanket to come enjoy some of the best music Durham has to offer, and it’s totally free!  Dancing is also encouraged!

More information can be found on our Upcoming Events: Warehouse Blues page.

The series is sponsored by the Durham Arts Council’s Annual Arts Fund and the N.C. Arts Council, a division of Cultural Resources. 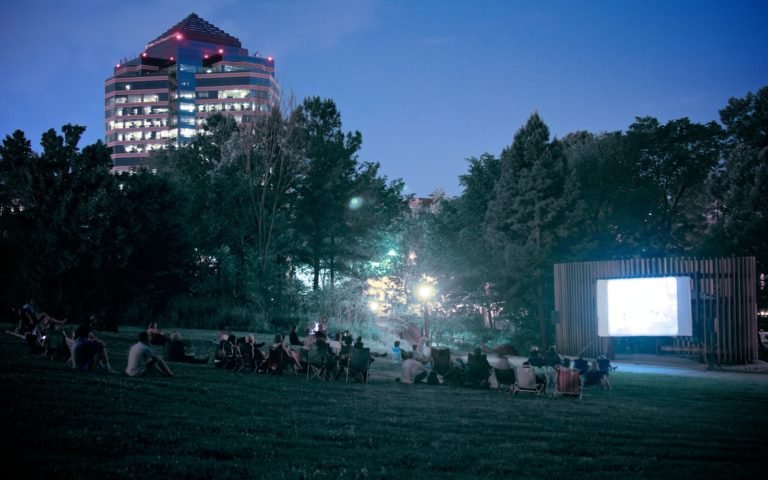 It’s the longest day of the year… and what better way to celebrate than with a double feature after dark in Durham Central Park?

Tonight at 9PM, Durham Cinematheque presents “Durham on Film: Bull City is Black! and White” featuring vintage Durham films shot between 1936 and 1942.  Admission is free.  The event is sponsored by Vaguely Reminiscent.

There’s also a celestial “Super Moon” and skies are supposed to be clear.  The weather forecast for this evening is cool after dark.  So, bring a blanket and a folding chair, lie back and enjoy the show! 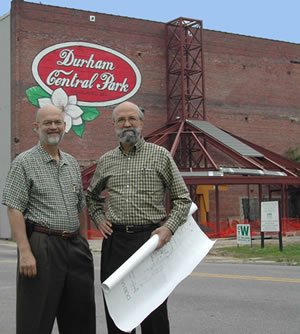 In their continuing series, Bullish on Durham, Durham County Library is hosting a discussion panel about the history and impact of our wonderful park. Moderated by our own Dan Jewell, the panel will feature our illustrious co-founders Allen Wilcox and Curt Eshelman who saw a barren patch of land and envisioned the vibrant community space we are today.

We’re honored by the event and hope you can make it out to join in the discussion.

END_OF_DOCUMENT_TOKEN_TO_BE_REPLACED 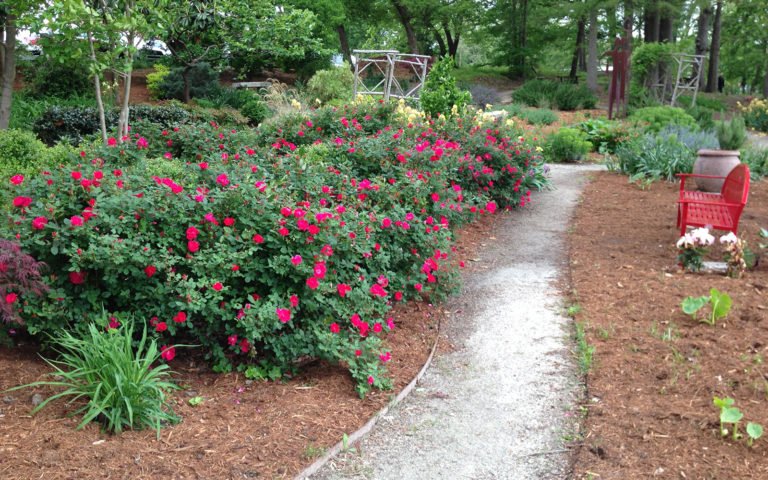 This time of year is beautiful at Durham Central Park.  The grass is green, the sunlight is special and the gardens are full of vibrant color.  The landscaping hasn’t always been this beautiful  but now it is more  the norm because of several individuals, businesses and organizations who have ‘adopted’ specific areas in the park as well as the monthly volunteer days that happen throughout the year.

Each DCP area adoption is different and has its own story.  What we informally call the ‘Prudential Garden’ is a great example of how things happen around  the Park.  It started as a way to commemorate the loss of a friend and has become a showcase garden as well as an ongoing teambuilding project for a community minded business.

END_OF_DOCUMENT_TOKEN_TO_BE_REPLACED 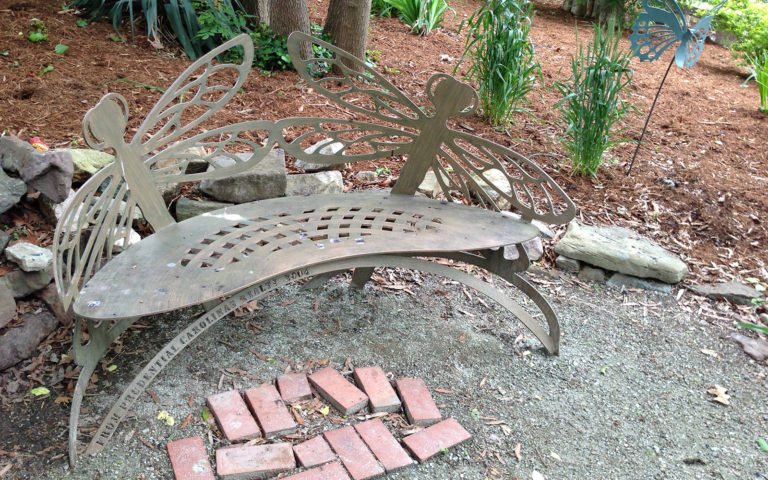 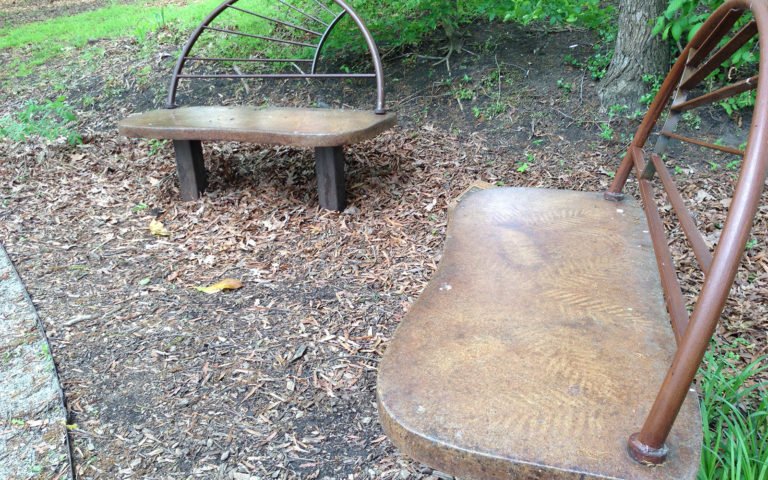 A Bench with some History Behind it! When you take a walk around the five acres in downtown Durham that is Durham Central Park, you will notice a number of benches made by various local artists. Each bench has a story behind it…most times in memory of someone special. On the walkway on the hill above Roney Street, sits a wonderful set of two benches created by local artist, Joe Galas. Here’s the story In 2010, Joe Galas installed the set of benches in memory of two very special sisters, Margret Yvonne Whisenton and Lydia Lavinia Parker as well as their ancestors. The two benches were commissioned by Margret’s sons, Carl and Kenneth Whisenton and Carl’s wife, Vera. This area of the park was previously owned by the Margret Whisenton and Mrs. Parker, until it was sold to the city of Durham in 1998. These sisters were longtime devoted public servants: Margret, a librarian for Durham Public Library, and Lydia, a teacher in the Durham Public School System. They both loved Durham and were avid community volunteers: Margret edited the Negro Braille Magazine for many years after retirement and Lydia volunteered at the Duke Eye Center and was an accomplished musician who played the piano and organ for White Rock Baptist Church here in Durham.

This land came into the family when it was purchased by Capt. William Peyton Smith, great-grandfather of Carl and Ken, in 1923. Capt. Smith was President of Smith Realty, a company that owned many properties, including multiple pieces in what is now downtown Durham. Research reveals that Peyton was also a very multifaceted gentleman and businessman. During the Spanish-American War in 1898, he served as a Captain with Company H, Officers of the Third North Carolina U. S. Volunteer Infantry in the war, which was described as “the first Negro Regiment ever organized and entirely officered by Colored men.”

After the war, Peyton Smith returned to Durham and acquired his own local businesses and ventured into various phases of retail selling –a grocery store, Smith’s Hotel and a beauty salon. He also started the Real Estate Mercantile and Manufacturing Co., which operated a merchandise store and tobacco factory that produced “New Durham” and “The 1900’s”, two brands of tobacco. As the Captain of the Black Hook and Ladder Co. in Durham, Mr. Peyton was said to have “performed the more daring and dangerous fire maneuvers”. A master brick mason, it is quoted by Booker T. Washington in his book Durham: A City of Negro Enterprises published in 1911, “ I found that Peyton Smith, a general contractor, had put up some of the largest buildings in the city.” Peyton Smith was a man of many talents! As active members of the Durham downtown community, Carl and Vera Whisenton continue in the tradition of their ancestors. They volunteer at the Carolina Theatre, co-chairing a committee to establish an exhibit to commemorate the integration of the theatre 50 years ago in 1963. Vera has served on the board of the Durham Central Park, Inc., since 2010. Durham is a better place because of the Whisenton family!

This IndyWeek feature on Preservation Durham from October 2021 mentions the benches and their history.

DCP wishes to acknowledge and thank The Church of Jesus Christ of Latter-Day Saints for their volunteer efforts on Saturday, March 23, “The Great Day of Service”. This is the fifth year that the Durham LDS members have worked to improve the park. This year they cleared the heavy build up of vegetation under the bridge, and spruced up the SEEDS garden. Last year the LDS team constructed the steps that lead from the upper trail to the pavilion.

In 2002, a 360 foot long section of Roney Street that ran in the middle of the western side of Durham Central Park was closed to traffic.  Barriers and a sidewalk were constructed at the intersection of Roney and Hunt Street.

During this process, Dr. Henry Scherich, President and Founder of Measurement Durham LLC’s parent company Measurement Inc., held a series of conversations with Durham Central Park Board as to how the road closing and Measurement Building construction could assist the development of the Park.  Eventually, the need to soften the severe slope from the former Roney St. roadbed up to the gardens in the western section of the park was identified as a high priority.

Due to utility easements, Roney Street could not be completely removed, but it could be narrowed from a two lane street down to one lane.  This, combined with excess dirt and topsoil left over from The Measurement Building excavation formed a great opportunity to enhance the Park’s western edge.  Measurement Durham and some of its partners agreed to pay for half of the removal of Roney Street and the re-landscaping of the bank above the street, in addition to the in-kind donations of design, project management and the excess topsoil.  Durham Central Park Board agreed to raise the other half of funds needed for construction.

In 2011, Choate Construction Company, Davis Landscaping, and CSSI performed the actual construction of the new, softer embankments and immediately the gardens above became easier to access.  Roney Street, which once were a barrier to the gardens from the rest of Durham Central Park, now links the gardens and DCP together creating a safe and pleasant walkway for all to enjoy.