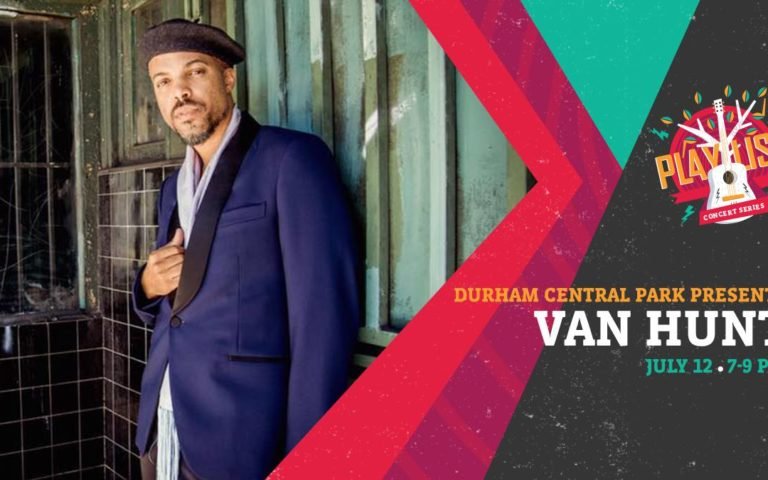 Van Hunt, a Dayton, Ohio-born musician, made his way to Atlanta where he drew acclaim for his production efforts and crafty songwriting, featured on recordings by such diverse artists as Dionne Farris, Rahsaan Patterson Music, and Cree Summer as well as the platinum-selling soundtrack, Love Jones. His own self-titled debut album arrived in 2004, instantly establishing Hunt as a distinctive and original talent with its idiosyncratic melding of R&B, soul, funk, pop, and rock ‘n’ roll. Hunt received a 2005 “Best Urban/Alternative Performance” Grammy nomination for his breakthrough hit single, Dust that was featured on his debut album. In 2007, Hunt received a Grammy Award for “Best R&B Performance By A Duo Or Group With Vocals,” honoring Family Affair, a collaboration with John Legend and Joss Stone found on the 2006 Sly & The Family Stone tribute album, Different Strokes For Different Folks.

Hunt’s third album, Popular, was slated for 2008 but was pulled from the label’s release schedule in late 2007 at the dawn of a tumultuous decade for the music industry. Nevertheless, the album becomes an underground sensation, a classic lost album hailed by LA Weekly as “a left-field stunner” for its “trippy fusion of funk grooves, punk guitar, and soul vocals.” Popular was officially released in August 2017 and, in our opinion, was worth the 10-year wait. Tonight, Van Hunt headlines PLAYlist Concert Series at Durham Central Park! Free and open to the public http://vanhunt.com/