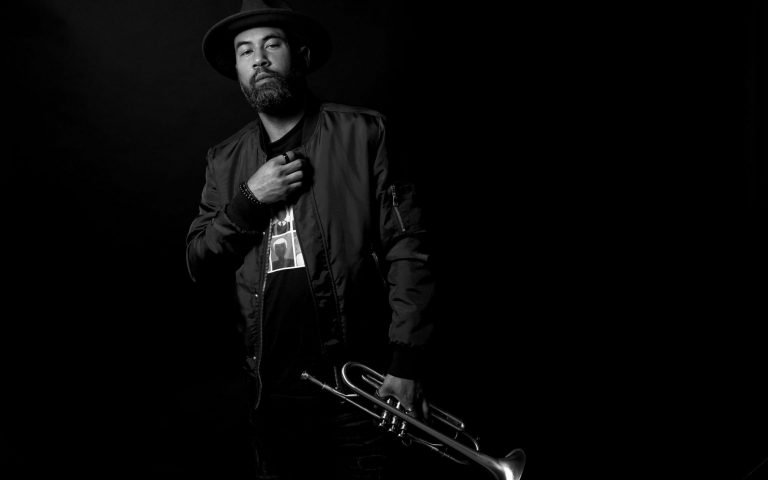 Music, specifically the trumpet, is Al Strong’s calling. He is known as the co-founder of Art of Cool Project and the Art of Cool Festival. Supporters saw in him an ability to synthesize the Triangle’s homegrown sound and merge it with his own life experiences. In January 2016, Strong introduced his debut album, LoveStrong Vol. 1.

Fast forward to 2020, a year marked by the pandemic and tragic killings of George Floyd and Breonna Taylor. An only child who spent some years bouncing from shelter to shelter with his father, Strong knows all too well the struggle of Black Americans. From this, he channeled “LEVAS”. It’s his heartfelt arrangement of “Lift Every Voice and Sing,” the classic hymn also known as the “Negro National Anthem.” This rich and elaborate 8-minute odyssey, with its video love letter to Durham and black joy, was the lift the community, and the nation, very much needed.

WNCU’s Friday night Funk, Old School and Disco show and its host, Travis Gales, will simulcast live from Durham Central Park at 7 p.m., setting the Friday mood for the 4th of July Weekend!