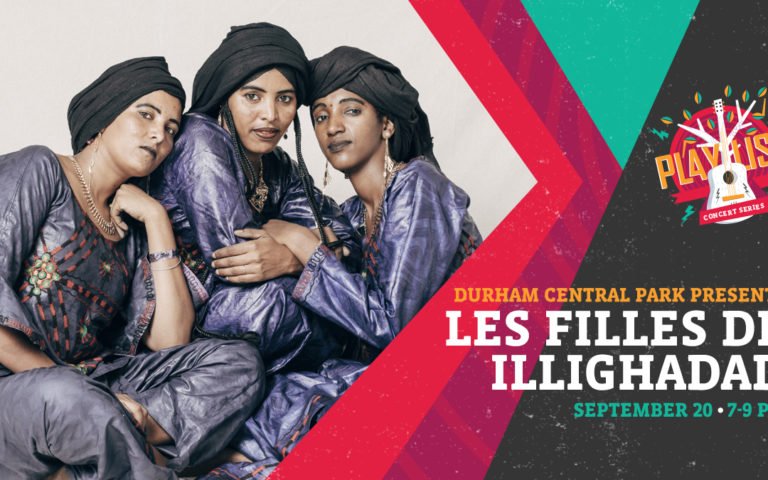 Fatou Seidi Ghali, lead vocalist of Les Filles de Illighadad is one of the only Tuareg female guitarists in Niger. Sneaking away with her older brother’s guitar, she taught herself to play. While Fatou’s role as the first female Tuareg guitarist is groundbreaking, it is just as interesting for her musical direction. In a place where gender norms have created two divergent musics, Fatou and Les Filles are reasserting the role of tende in Tuareg guitar. In lieu of the djembe or the drum kit, so popular in contemporary Tuareg rock bands, Les Filles de Illighadad incorporate the traditional drum and the pounding calabash, half buried in water. The forgotten inspiration of Tuareg guitar, they are reclaiming its importance in the genre and reclaiming the music of tende. Senegalese korist Diali Keba Cissokho will open the evening, and serve as Les Filles’ interpreter during an audience Q&A! Presented in partnership with Friends of World Music. Free and open to the public. This is the final evening of PLAYlist 2019!