Durham Cinematheque: Maybe You Should Quit 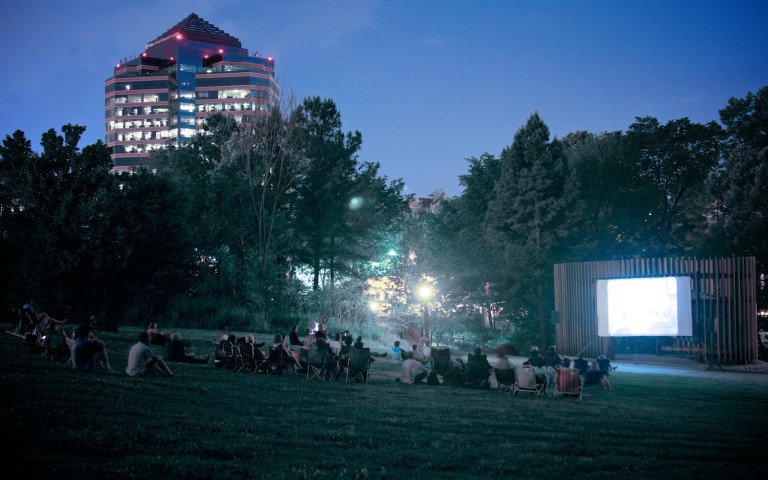 August 12, 2016 @ 9:00 pm - 11:00 pm
Durham Cinematheque will present the last Movies in the Park show of the summer on Friday August 12 at 8:30 pm in Durham Central Park. The show is about tobacco and is called MAYBE YOU SHOULD QUIT.  Admission is free and donations are requested. The screening is outdoors, bring your own blanket or chair.

Durham was built with tobacco money but that was long ago. This new program is about cessation. Show includes “The Quitter” with Peter Lorre, a pack of trailers for Hollywood’s “Cold Turkey,” and a not-quite-fresh selection of 1960’s cigarette commercials “balanced” (as they say) with practical advice on “how to quit” from 1970’s educational films.

The highlight of this program will be lengthy excerpts from “Virginian Venture,” a film made in 1962 by the Imperial Tobacco Company of Great Britain and Ireland to mark the occasion of the 350th anniversary of the first shipment of tobacco from Jamestown to London. This film includes factory, laboratory, and warehouse scenes shot in Durham, Raleigh, and Wilson. The Durham footage (factory) was filmed in the Imperial Tobacco Building, just a few blocks away from this screening. The Raleigh footage (laboratory) includes a shot of the recently demolished Harrelson Hall on the NCSU campus. The Wilson footage (warehouse) features some nifty forklift driving.

This is the third tobacco program from Durham Cinematheque, following “Nicotine Cinema” and “Cured? A New/Old Look at Tobacco.” All have been curated by cinematheque director Tom Whiteside, who arrived in Durham in 1988 when the aroma of cured tobacco was still in the air. The Movies in the Park screenings take place on the site of an old tobacco warehouse, in Durham Central Park on the hill above Foster Street. The screen is on The Leaf.

Movies in the Park is presented by Durham Cinematheque and Durham Central Park, Inc., and is sponsored by Vaguely Reminiscent.