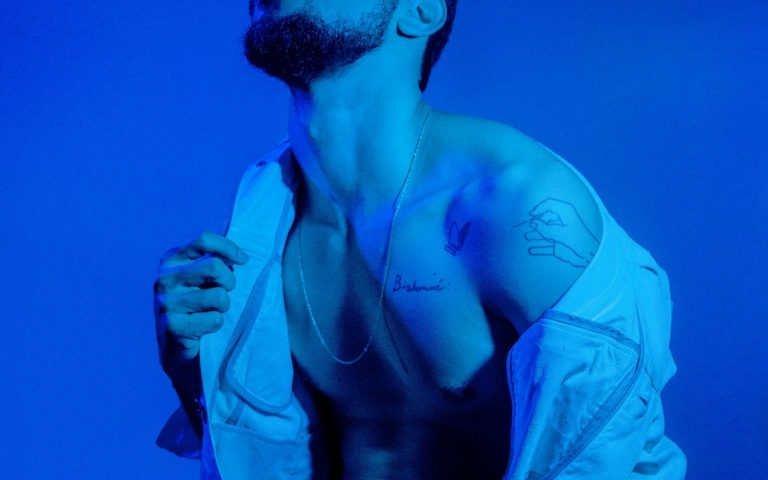 A Brooklyn-born and raised child of immigrant parents, Gabriel Garzón-Montano’s aesthetic is an extension of his French-Colombian heritage.

His influence is a pastiche of Bach sonatas, Cumbia records, and the machine gun funk that echoes up and down Nostrand Ave. His mother, a member of the Philip Glass ensemble in the 1990s, instilled within him a painstaking attention to detail that remains a hallmark of his process. “She is the reason that I love music,” he says. Her rigorous classical instruction formed the foundation on which he honed his skills over the years in the lab, copping Stevie’s changes, studying Prince’s lyrics, and absorbing the beat theses of Timbaland, Dilla, and Pete Rock.

In 2016, he recorded Jardín with his mentor, analog guru Henry Hirsch. A capable multi-instrumentalist, Gabriel tracked drums, bass, guitar, piano, and synthesizers direct to 2″ tape, adding percussion, digital programming, and several layers of his own vocals to create a lush sonic environment that recalls a contemporary, streetwise Journey Through the Secret Life of Plants. “I wanted to make music that would remind people how beautiful life is – how delicate their hearts are,” says Garzón-Montano. “A garden is full of life, and growth, and beauty. I named the album Jardín hoping for it to create a space for healing when people put it on. I’ve always wanted to make music that is healing, comforting, and funky.” This intention is, perhaps, what has always attracted listeners to his music.